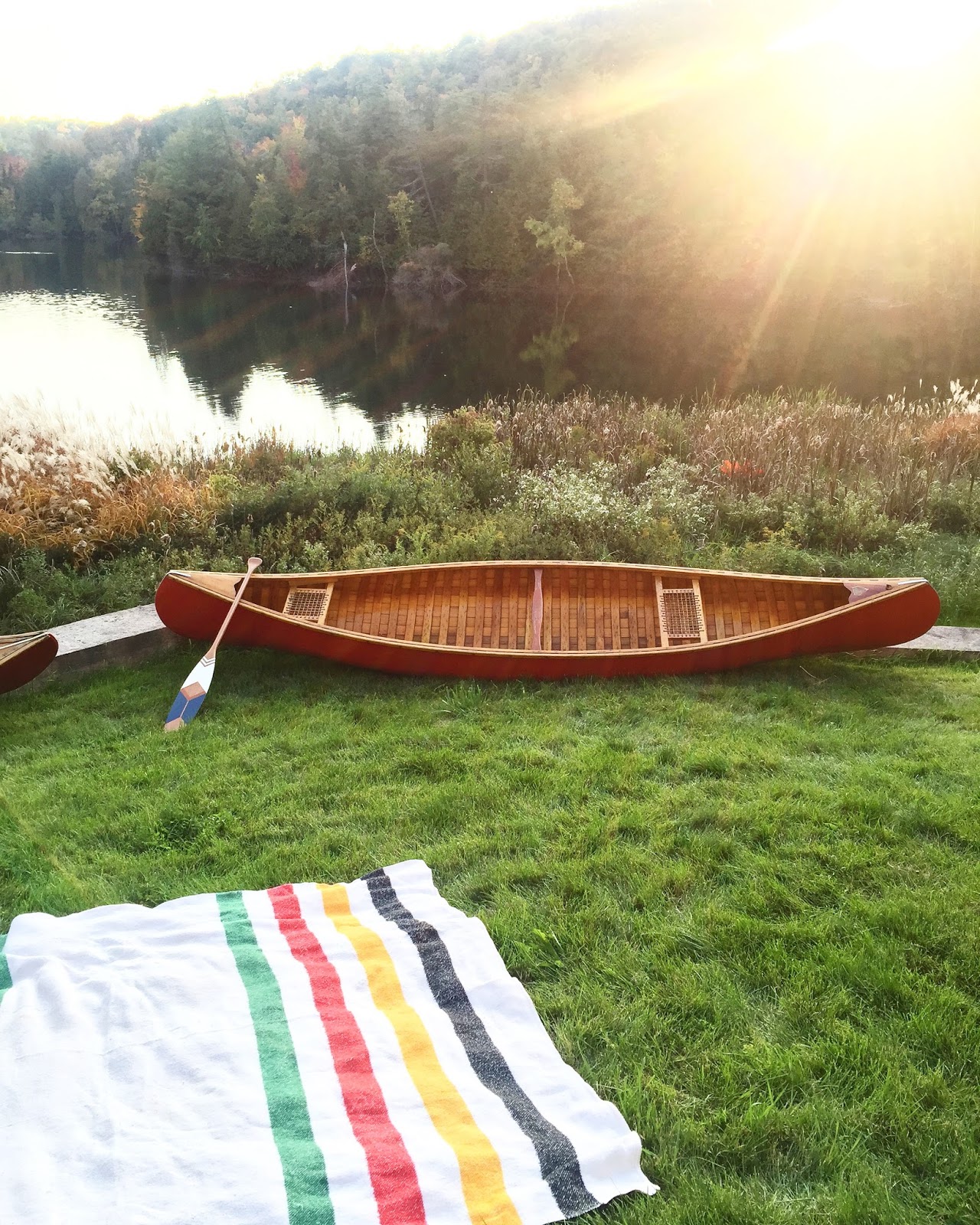 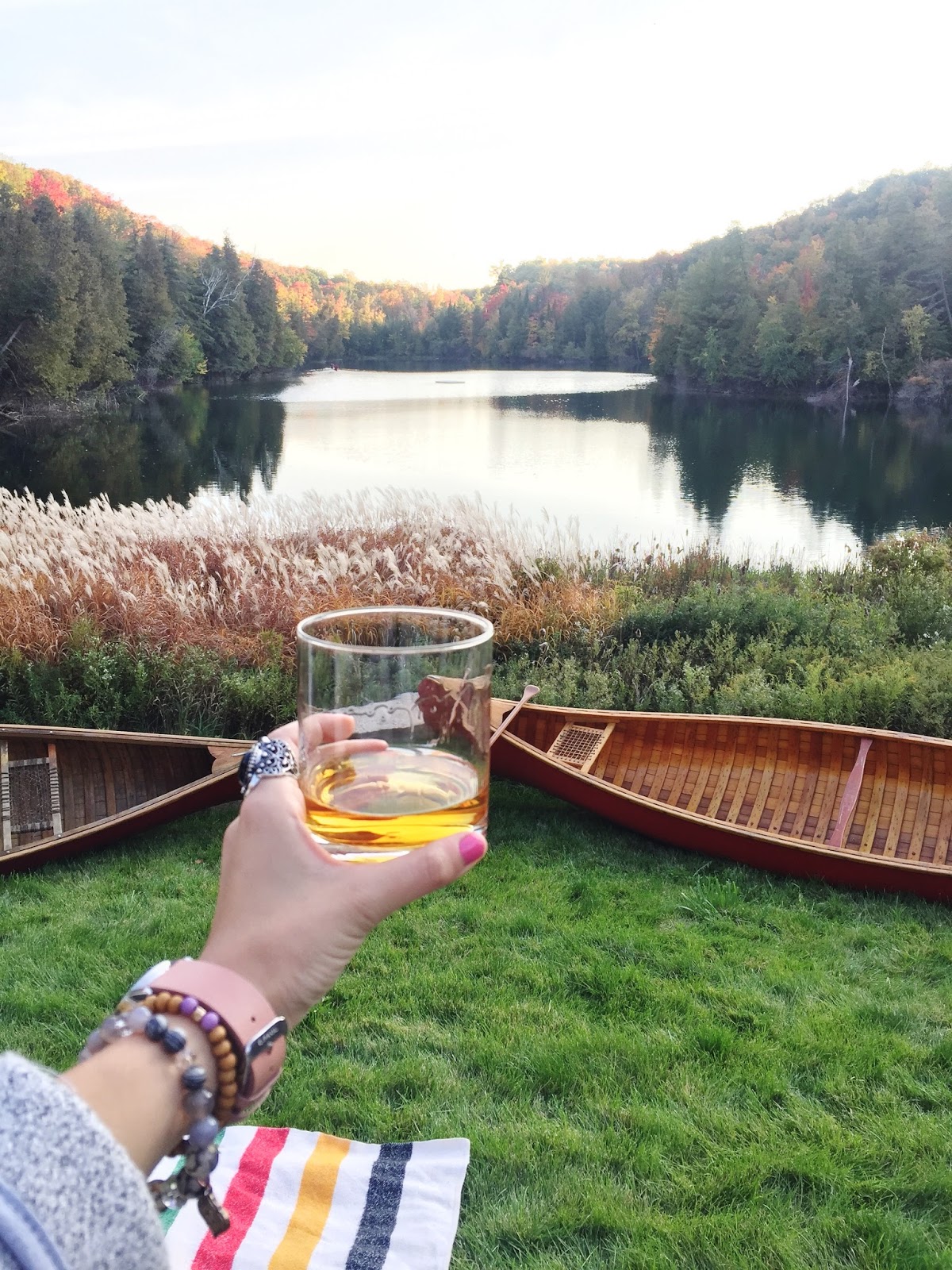 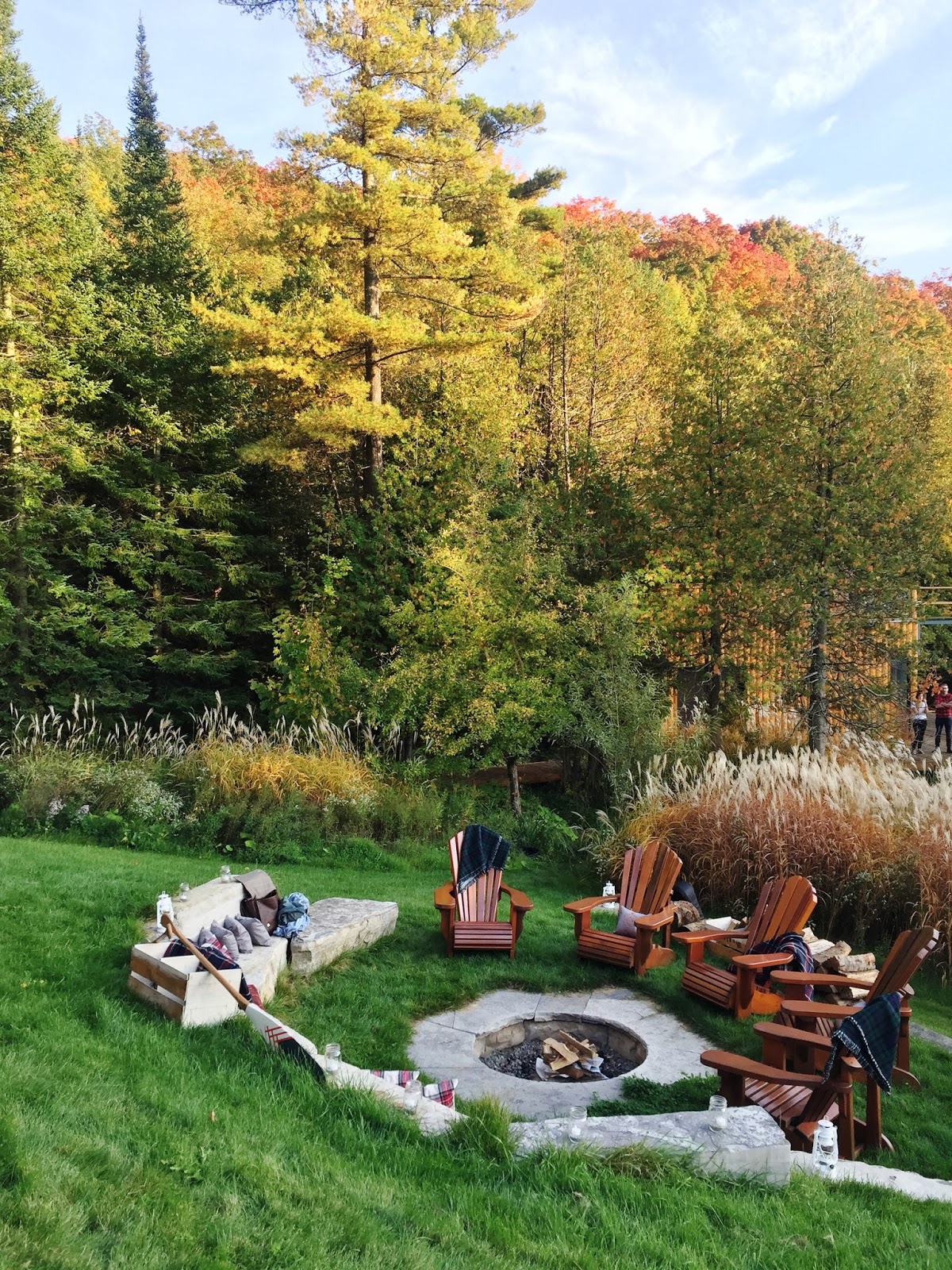 Beneath a yellow fading tree,

In wildest rapture let me see

The sweets that most thy charms adorn.

O while my eye the landscape views,

What countless beauties are display’d;

What varied tints of nameless hues, —

From Autumn by John Clare

A couple weeks ago I was invited by John Dewar & Sons to experience first hand the single malts portfolio known as the Last Great Malts of Scotland. I had the prettiest drive to a private residence in Caledon for the most elegant drinking day of my life where I learned more about the most prestige distrilleries that have left heir mark. A day at Scotch Camp. Unfortunately, but yes, righteously so, Scotch is considered a man’s drink. I am sure there are women out there that drink Scotch, but I will safely assume not many. I am a Scotch enthusiast, meaning, I want to know what men are talking about when they are talking about scotch. 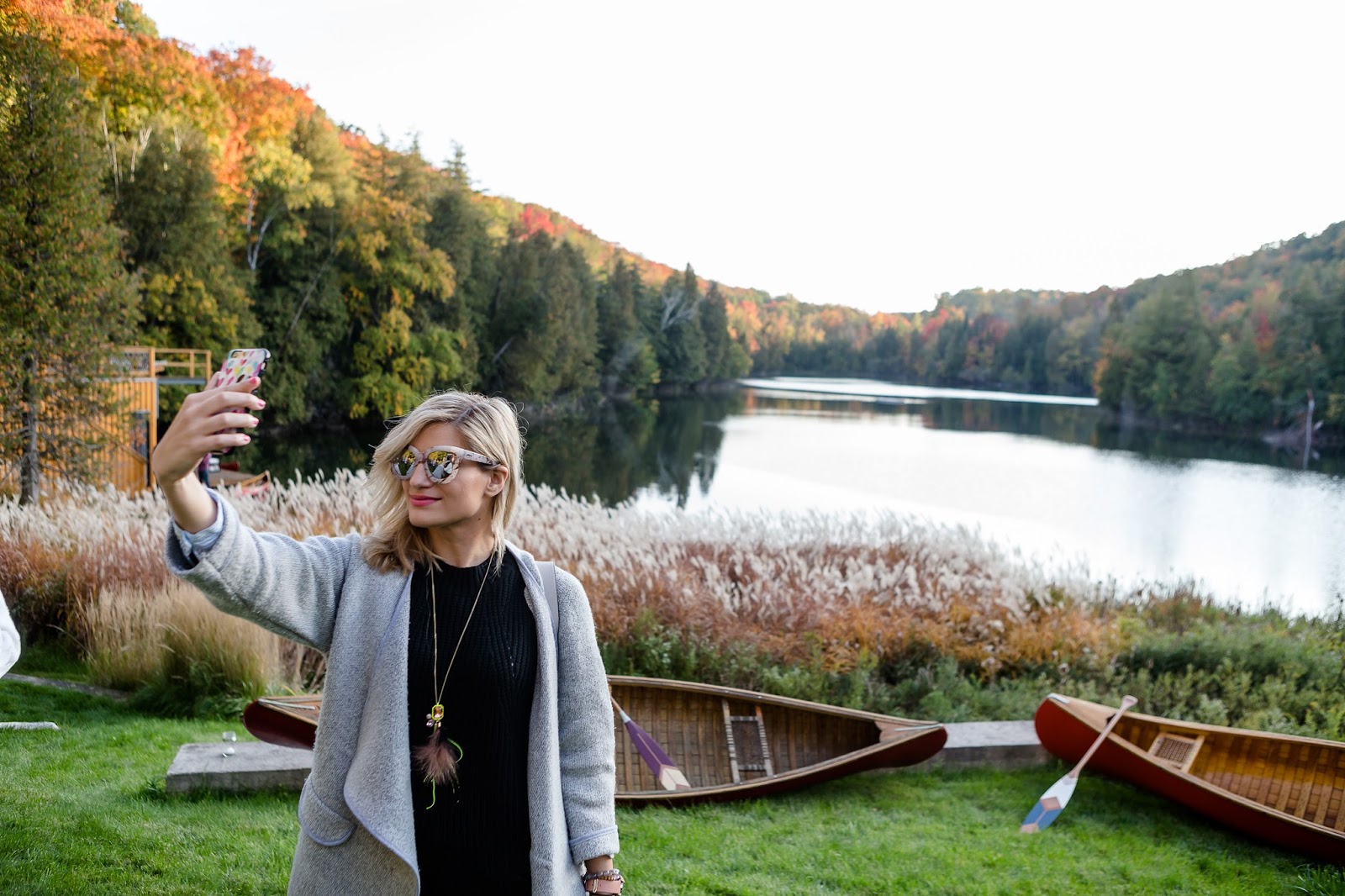 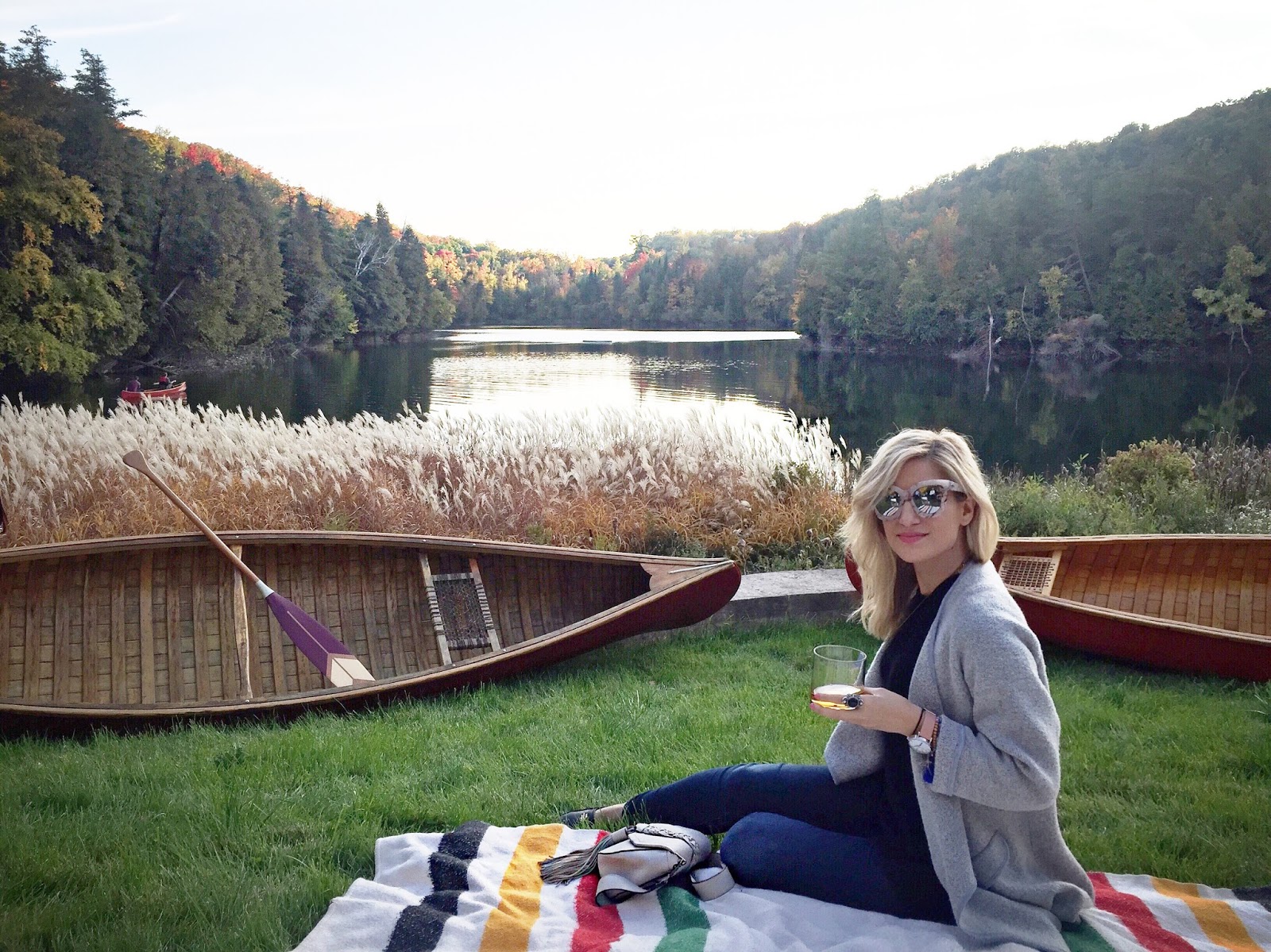 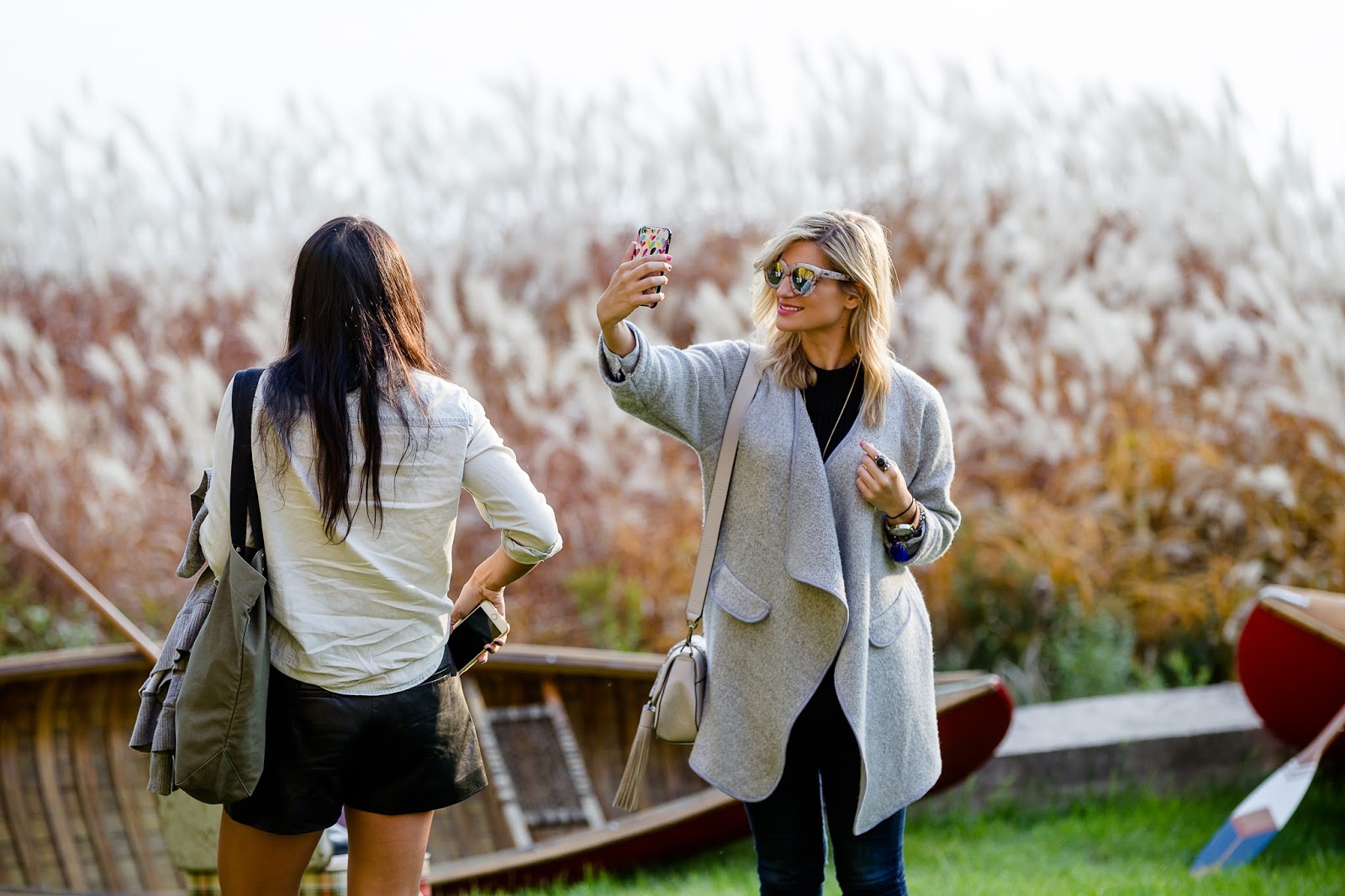 With a background like this it is really, really hard not to stop and take selfies every step of the way. I was in awe. Like, can I just move in here already? 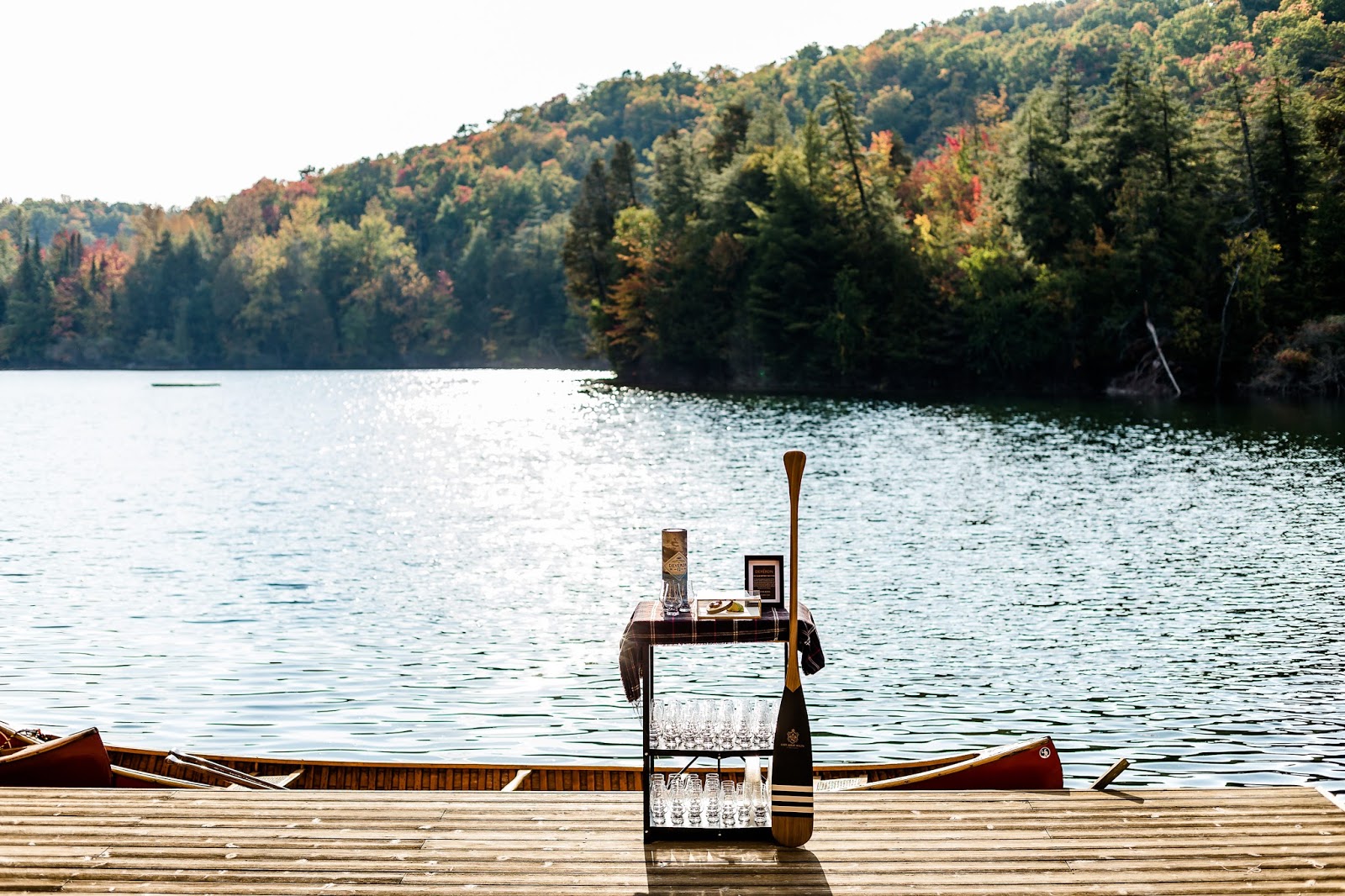 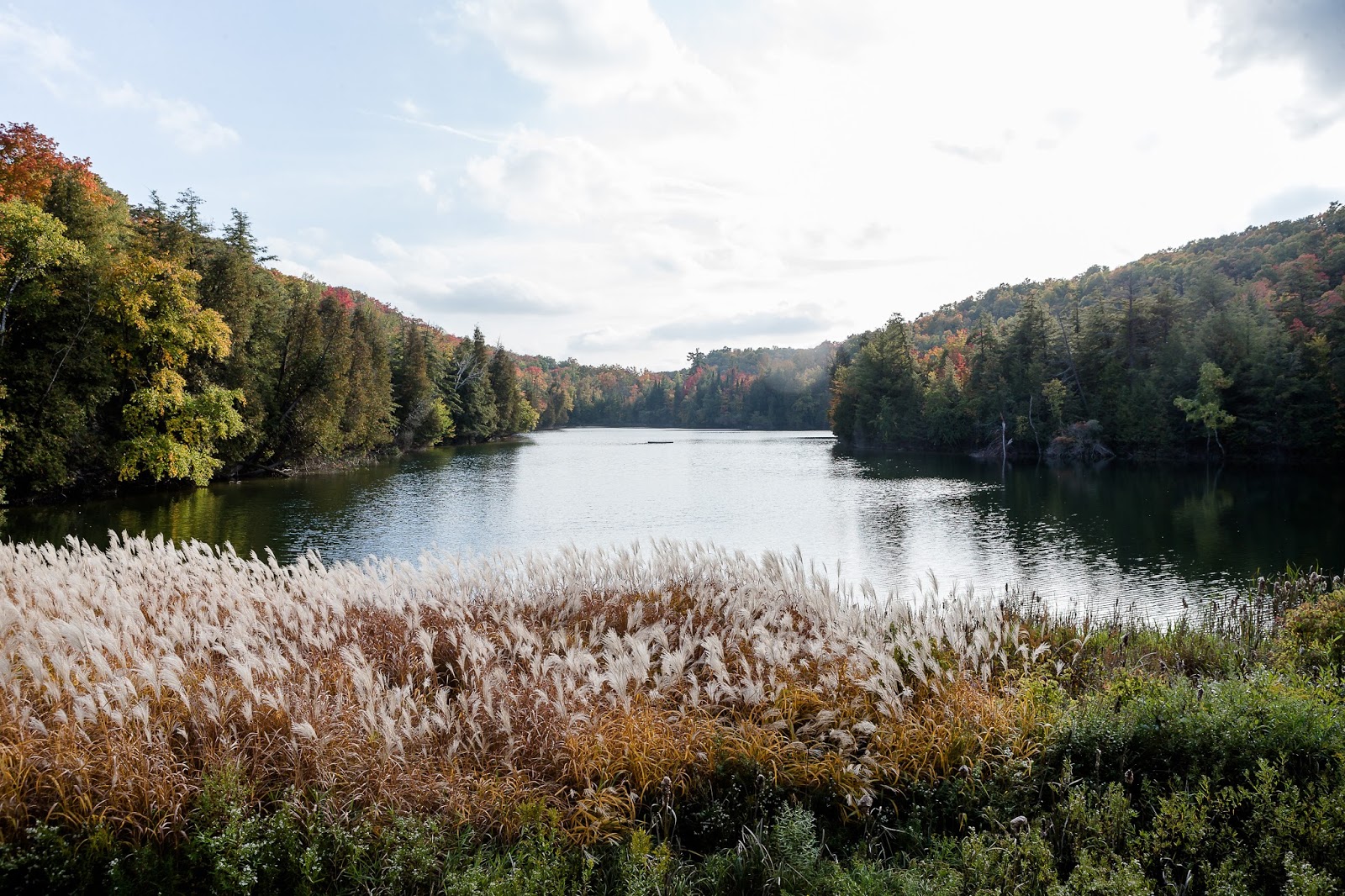 An eye popping display – all the spirits we tried during our Whisky hike. Having an expert guide us through the different aromas and elements of each Whisky definitely made me realize that there is more to Whisky than I thought. 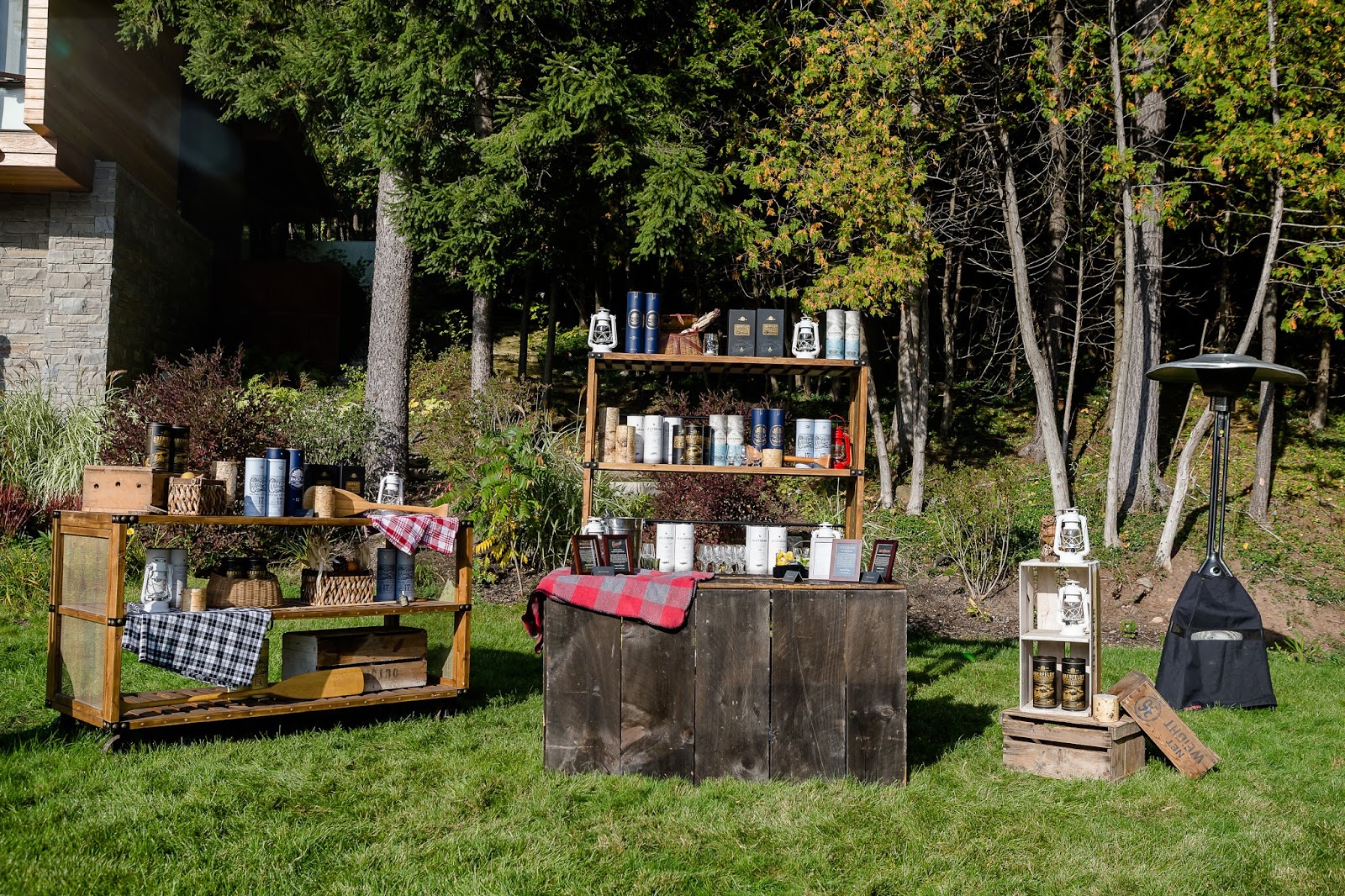 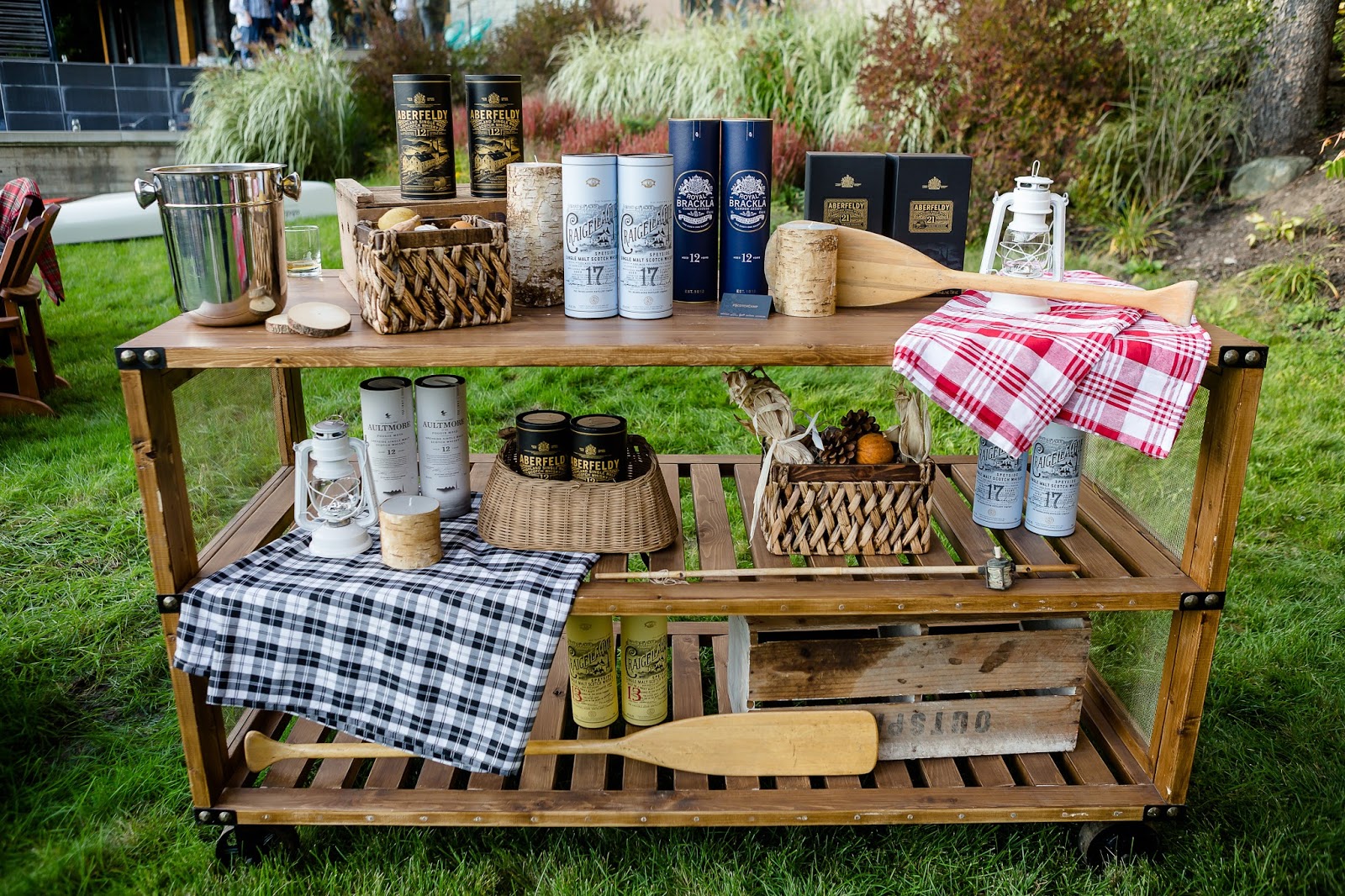 I always spelt Whisky as Whiskey but apparently there is no wrong or right answer here. It is just a different answer depending. The word itself is of Celtic origin. Whiskey is used to denote the Irish and American liquors. Whisky on the other hand refers to whisky that originates in Scotland. 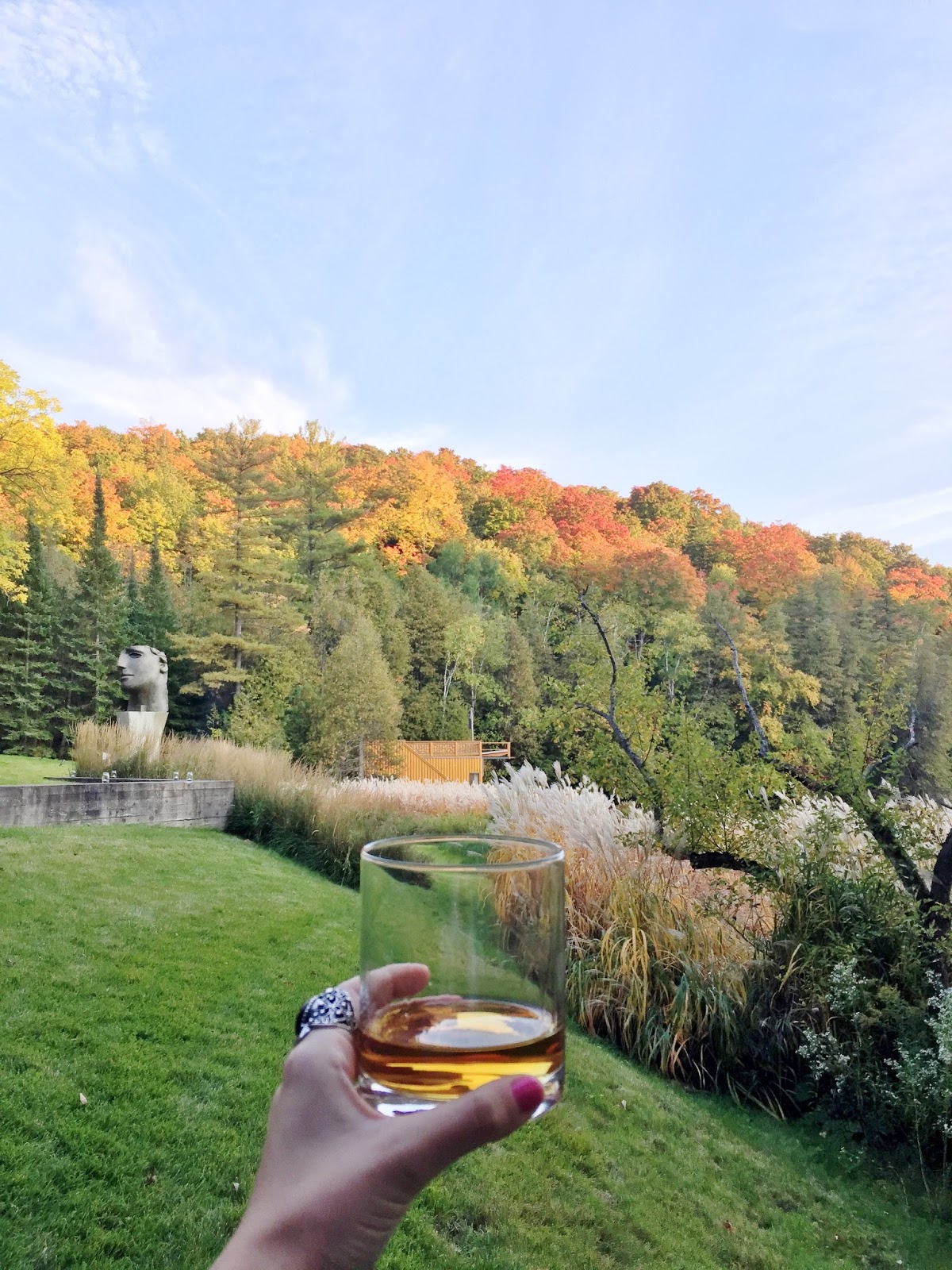 There were five whisky tasting stations that we had to hike too. Straight out of a fairy tale we were sipping scotch in the woods walking though a beautiful trail. So who was leading the hike? North American Brand Ambassador Gabriel Cardella. If you need to learn about Whisky he is your man!

Trained by the DEWAR’S master blender, Gabriel walked us through the various whisky blends and aromas like a pro. Loved hearing all about the different whiskys but what I loved the most was his enthusiasm and true passion he has for Whisky. What better way to enjoy 5 great malts than on a epic hike with the brand ambassador himself? 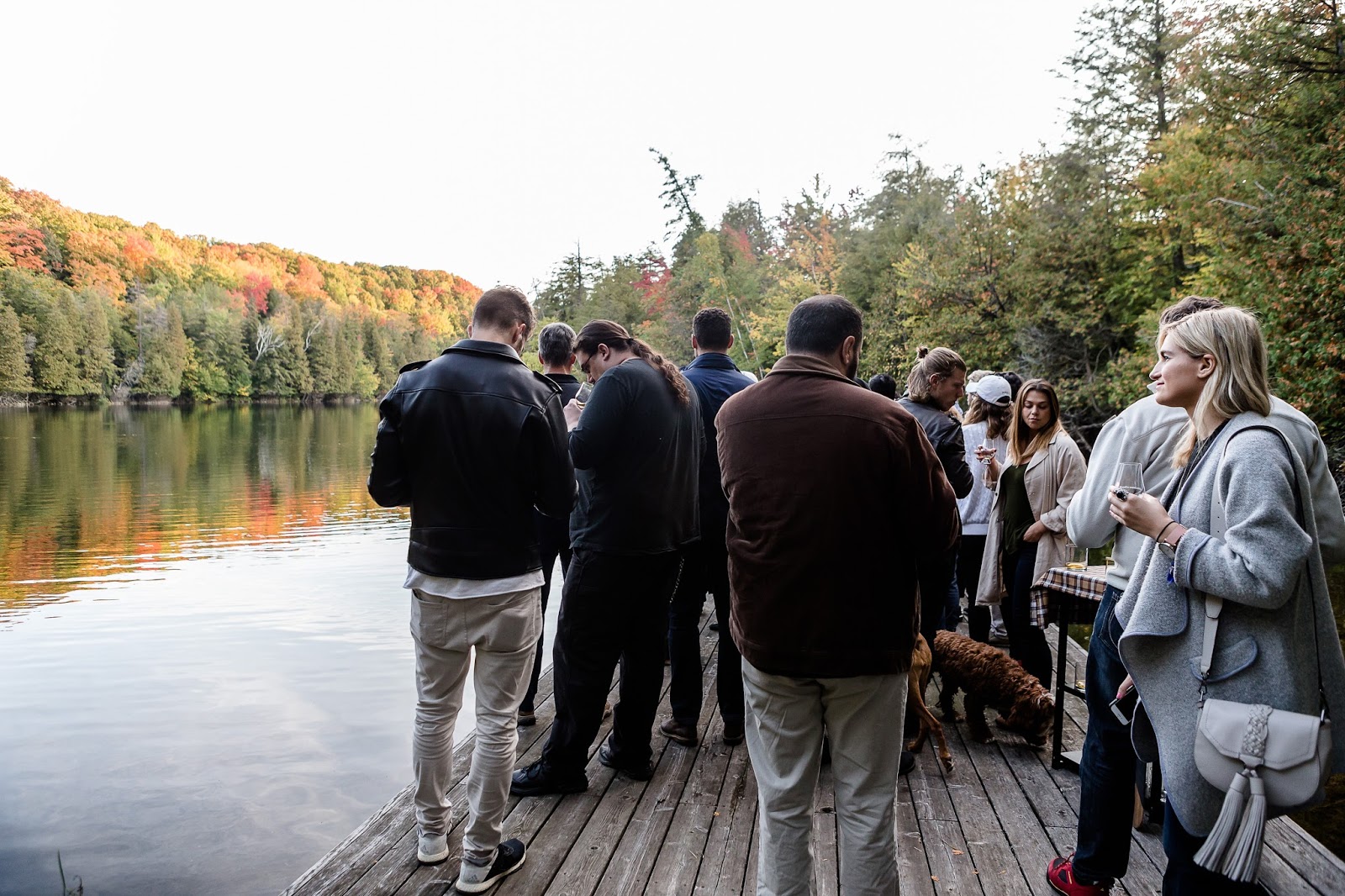 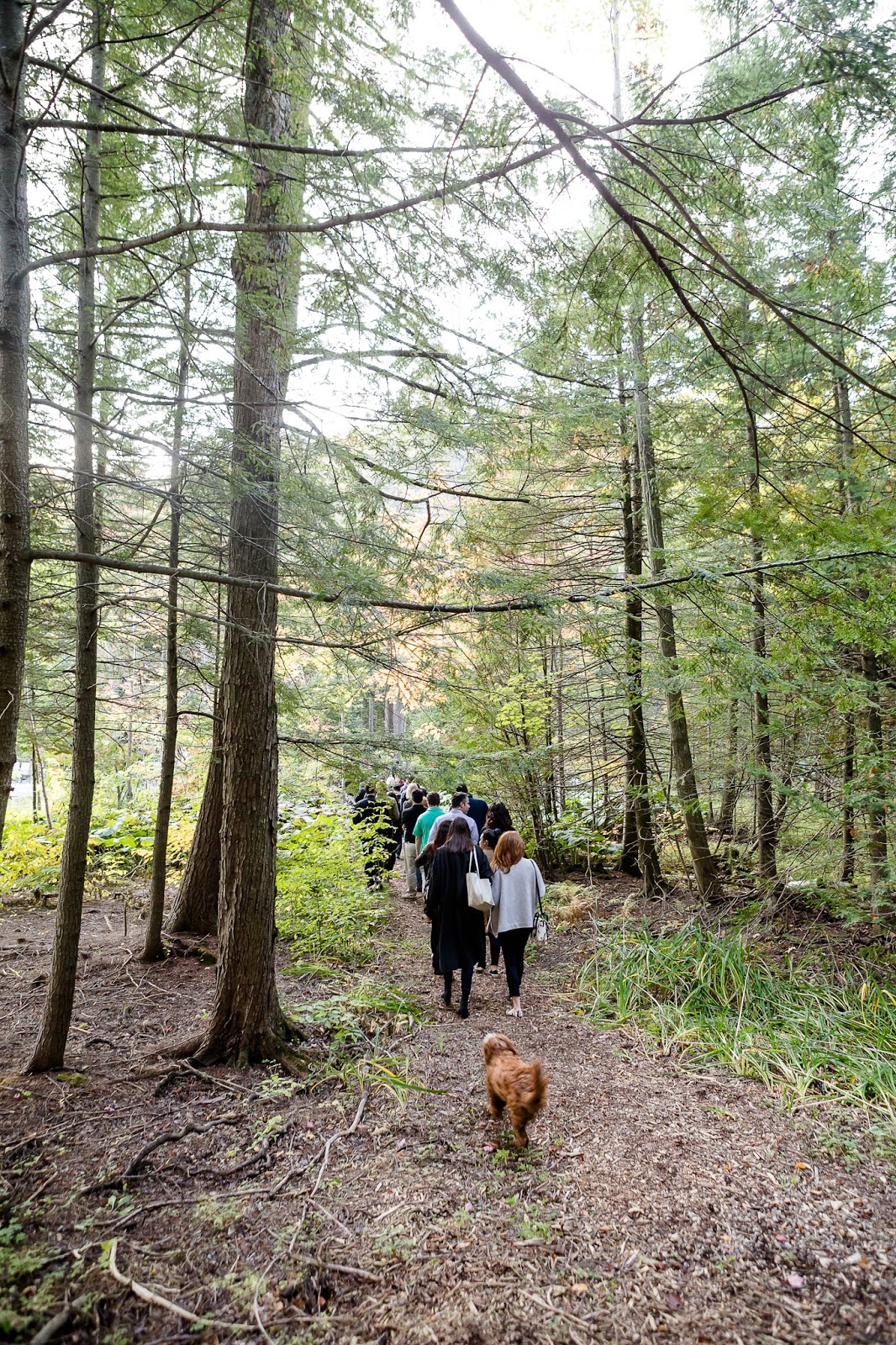 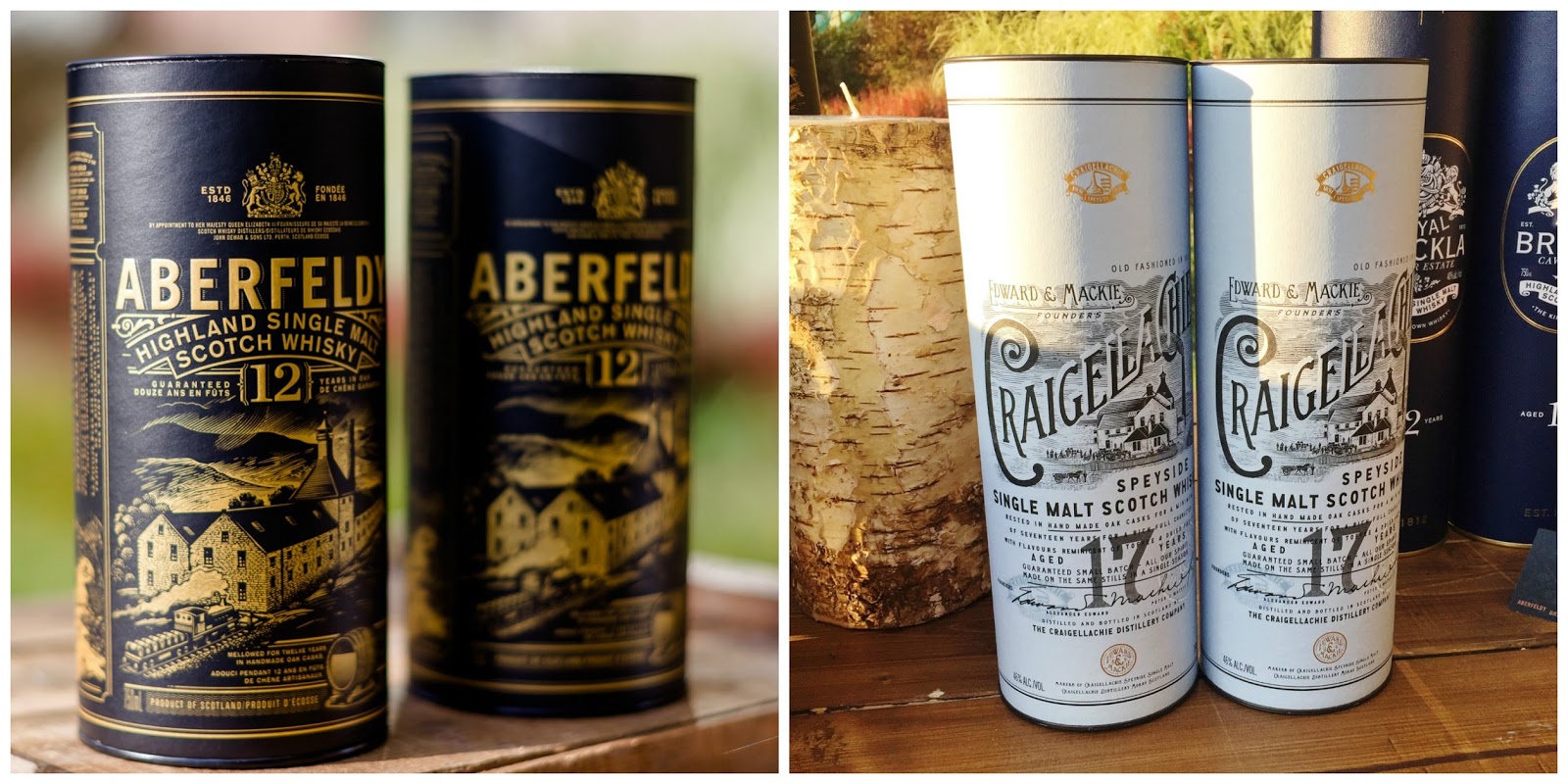 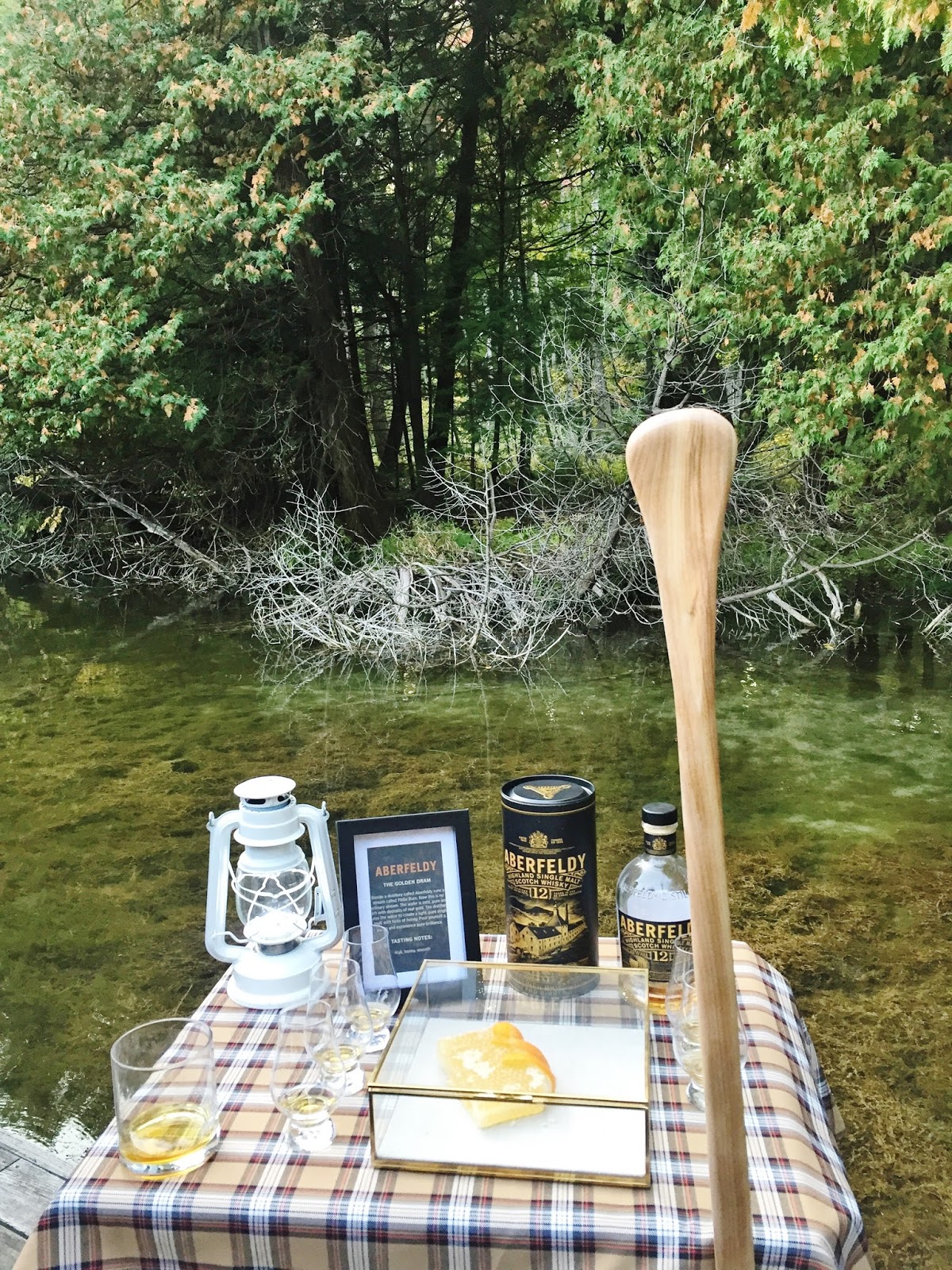 Aberfeldy is a single malt scotch whiskey that is 12 years in oak. Aberfeldy had a fruity, fresh taste with hints of honey. Very smooth texture. Although, ok if you do not drink scotch it definitely burnt a little at first. But fear not, after a couple of glasses of scotch I was good to go. According to the experts the tasting notes are:fruit, honey, smooth.

Craigellachie. Aged for 13 years, an odd number and for a reason. This scotch is known as the stubborn single malt. Now believe it or not I found this to leave a bit of a smoky taste. Also, very smooth with a lingering finish. According to the experts the tasting notes are:stubborn, sulphur, meaty. 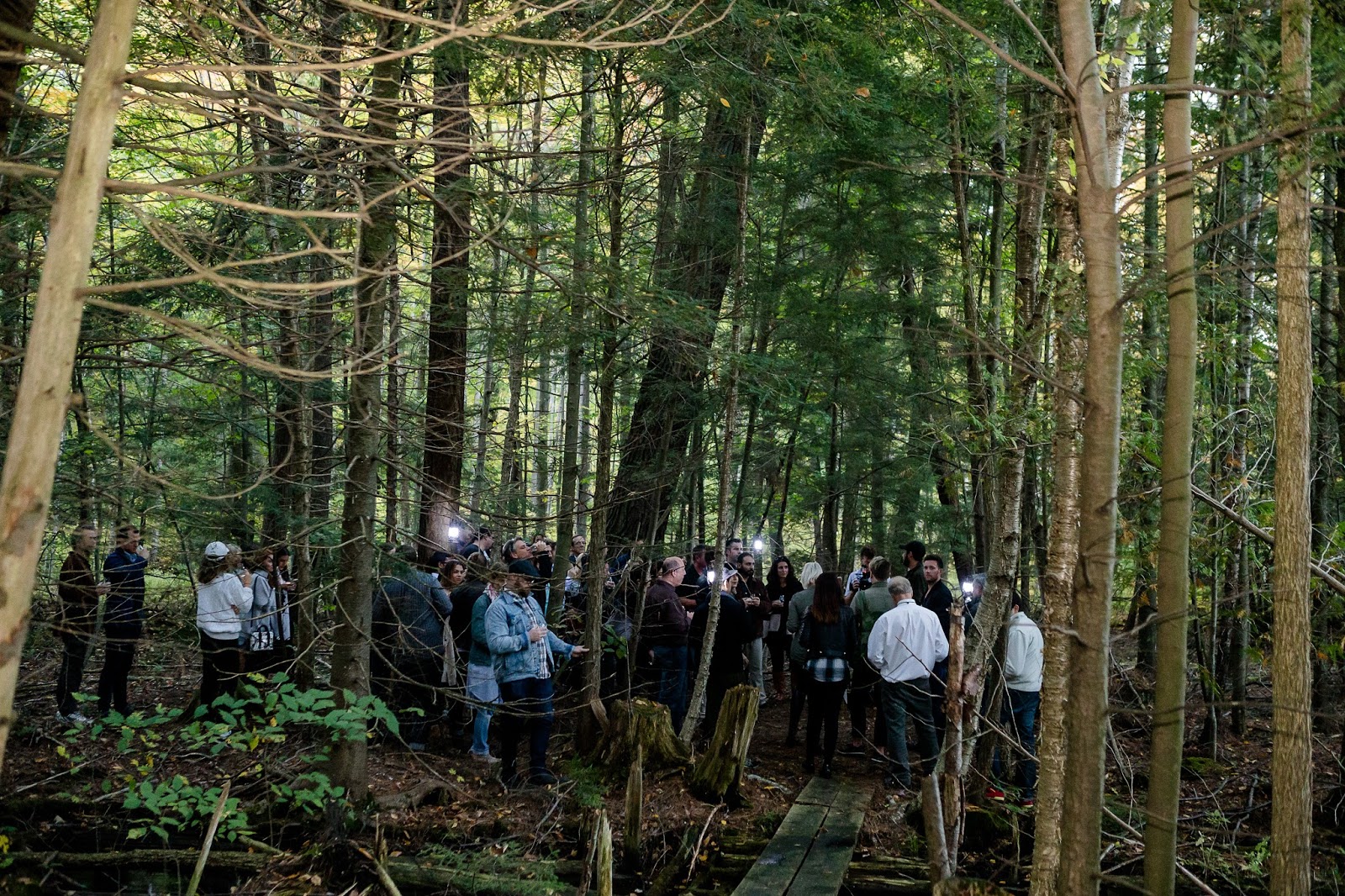 Royal Brackla. Aged 12 years.  Known as the noble spirit, it is the first Scotch whisky that that was granted a Royal warrant by King William IV.  This single malt is considered to have defined what is considered luxury single malts. According to the experts the tasting notes are: pears, spicy, sherry. I definitely tasted the spiciness and sherry but pears not so much. This gal still needs a few drinks to become a scotch whisky expert.

Aultmore. Aged 12 years. I found this quite light and enjoyable to drink with a floral-ish aroma. According to the experts the tasting notes are: spicy, floral, grassy.

Deveron. Aged 12 years. Oh boy this was very rich in flavour but at the same time delicate and smooth. According to the experts the tasting notes are toffee, apples, and maple.

So there you have it. The 5 different whiskys I tried. After the Whisky tour ended, we had the chance to eat some delicious creations by the camp fire while listening to the band sing. 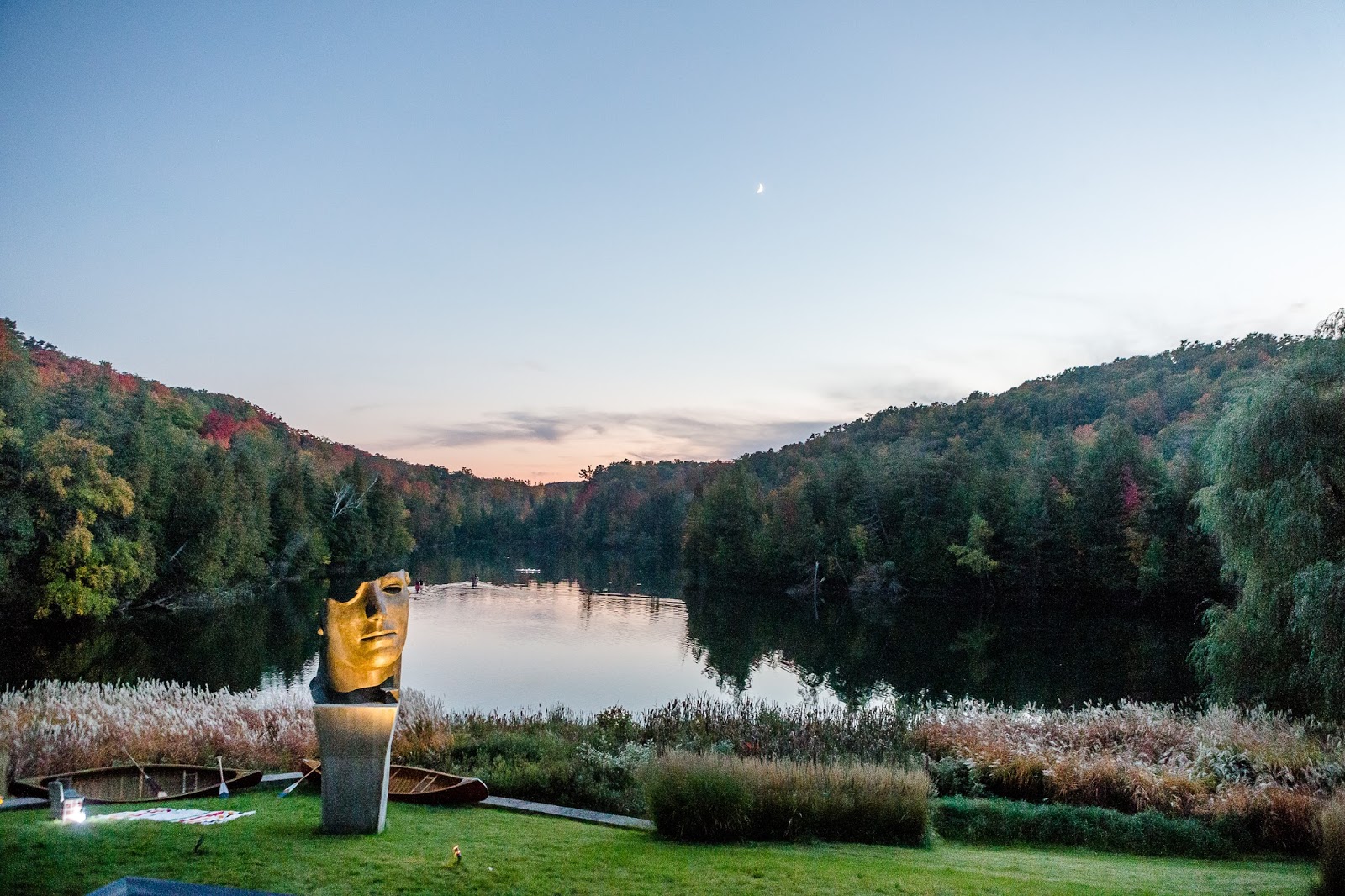 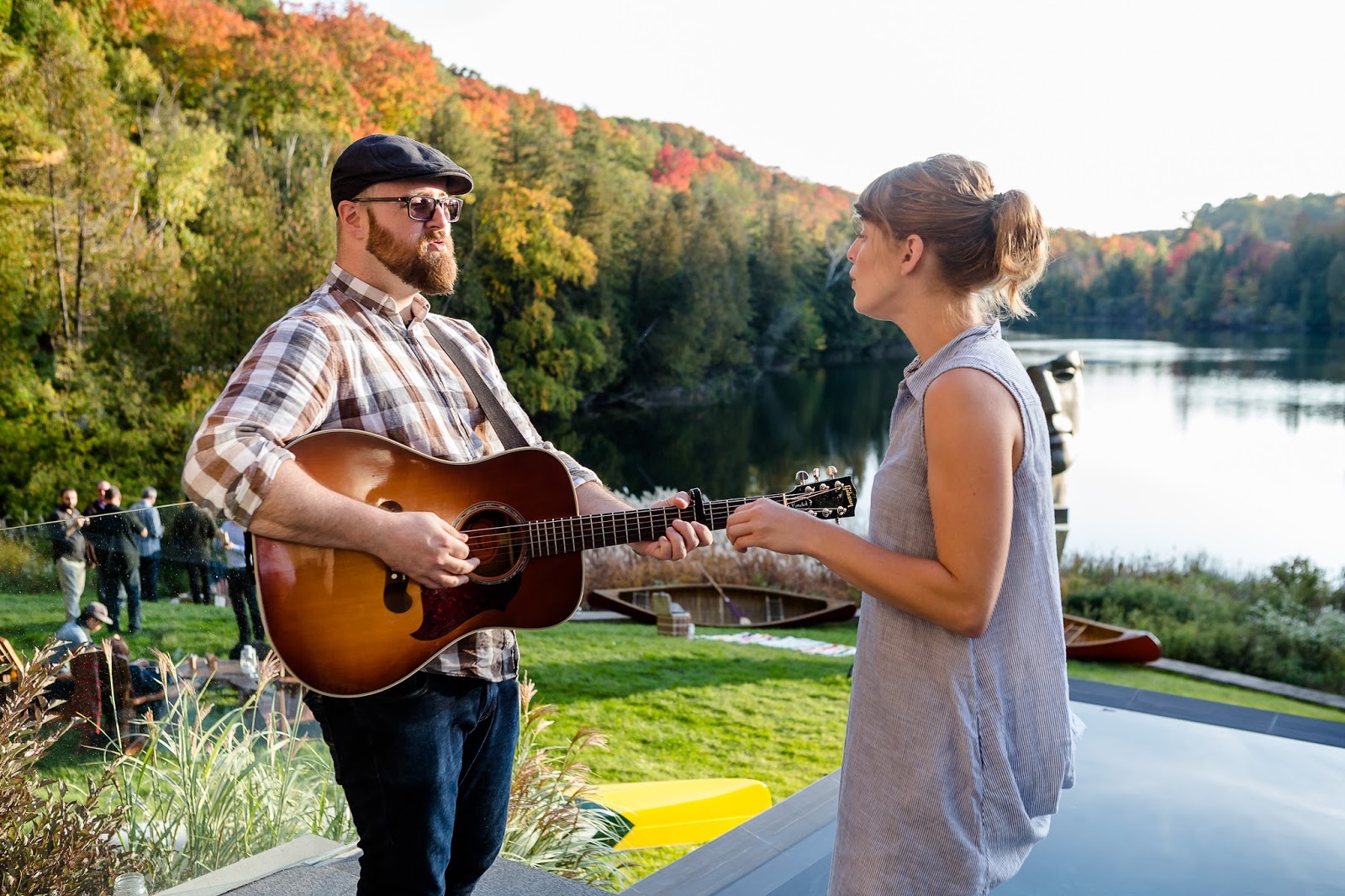 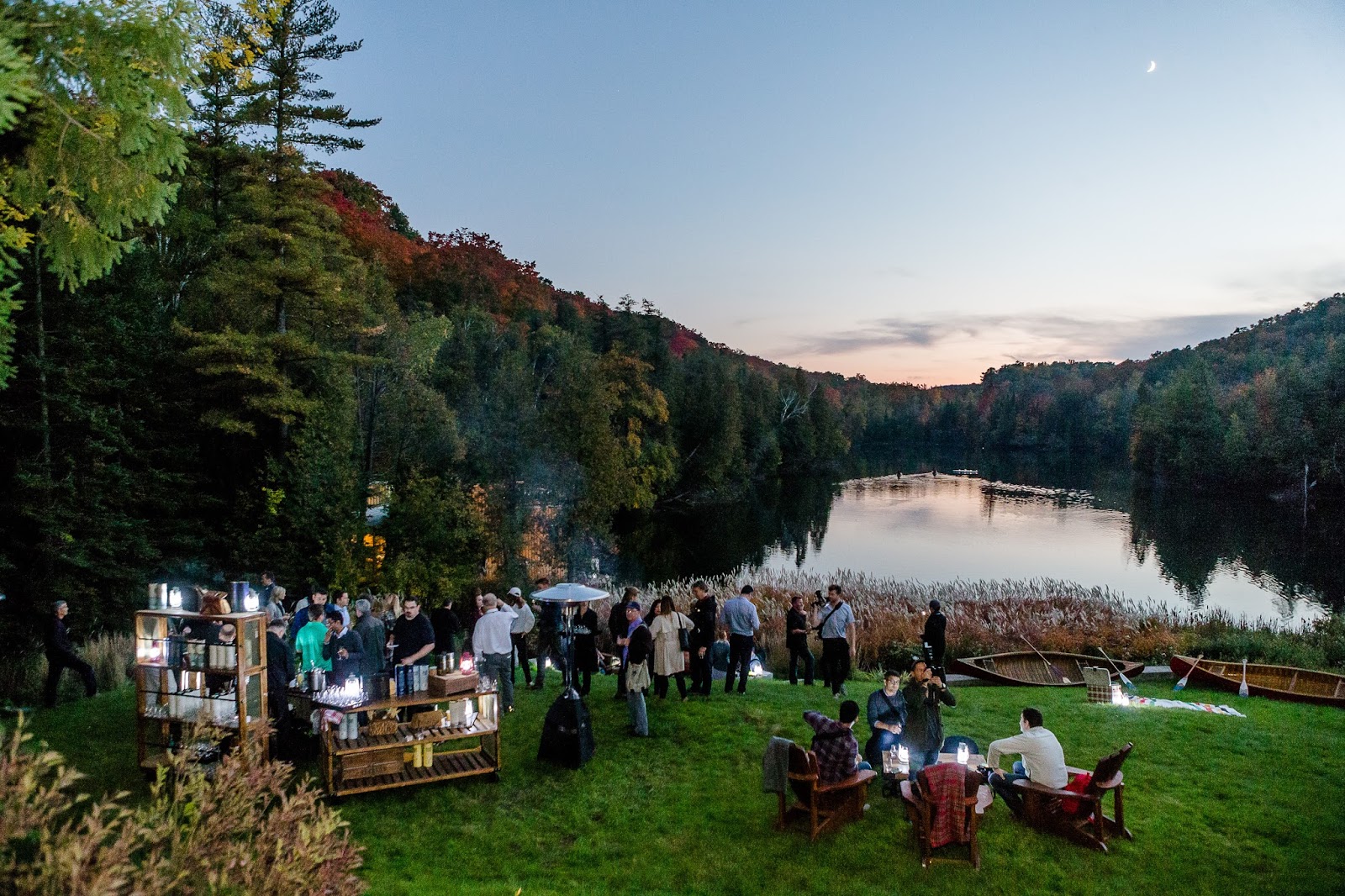 The cherry on top and the best way to conclude my day was a  mesmerizing canoe ride under the stars in Lake Dufferin. Seriously, canoeing at night is so dreamy. The sky was light with a million stars. 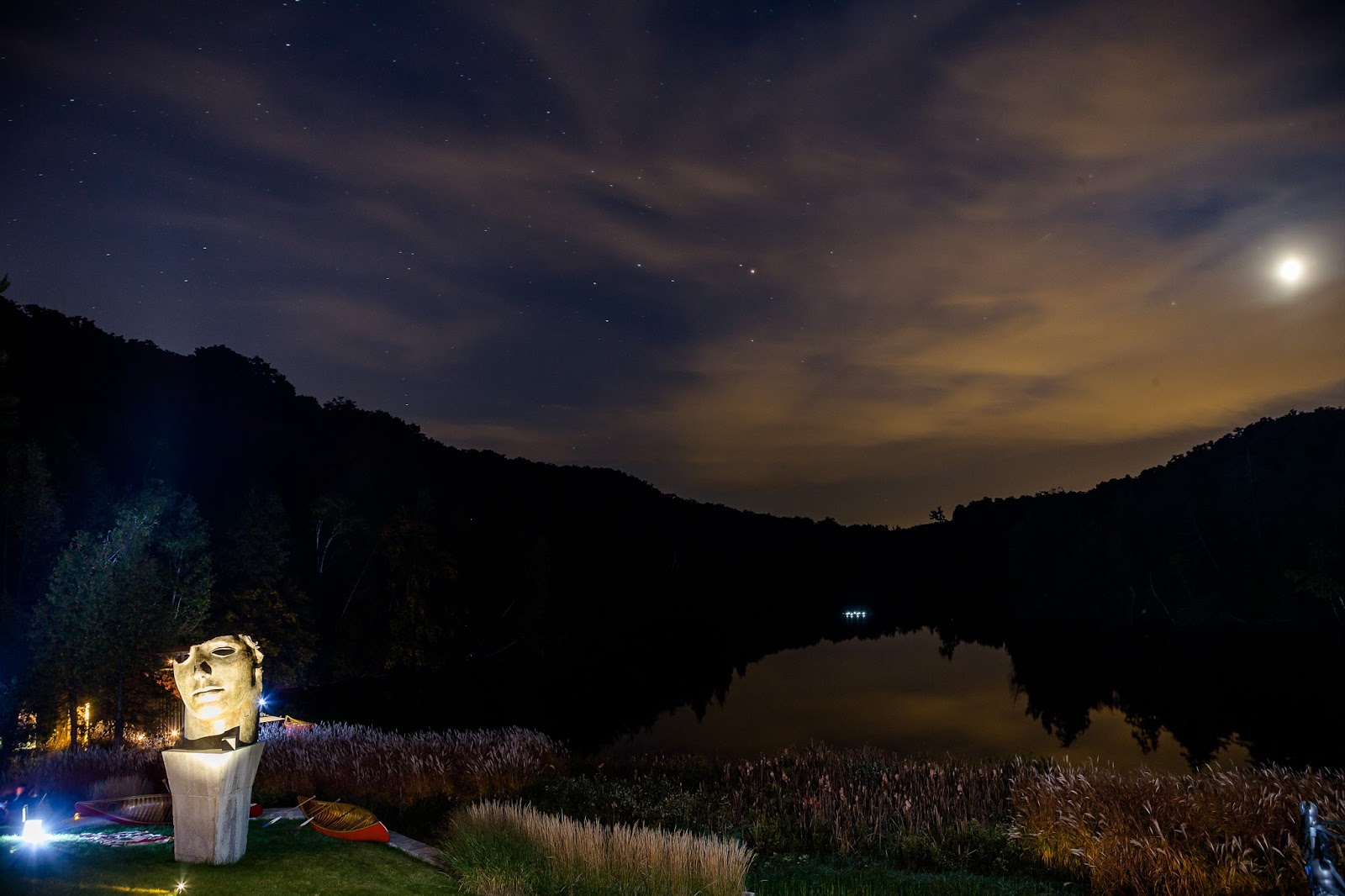 A dreamy cottage, colorful crimson red foliage, award-winning whiskey,  mouth-watering food, a smokey bonfire and a canoe ride under the stars. My day was oh so Canadian.

Thank you to the Dewar’s for having me.

Life doesn't have to be perfect to be beautiful.
This is your guide to finding your everyday sublime.